skip to main | skip to sidebar

We now know the full cast of House Guest for the 14th season on Big Brother on CBS.
There have been some sneak peaks of the new cast, as some commercials for Big Brother 14 were leaked ( hat tip: http://bigbrother19.blogspot.com/  )

Now we have the full cast reveal here:


It looks like Big Brother 14 will have a good mix of floaters, villains, attention grabbers, nerds, and model chicks. Plus there is supposed to be some kind of twist. I believe it will be an exciting season.

This is not a press release or add for CBS and their new online casting website, but it might sound like one. Here is the scoop: The Julie Chen hosted net Summer ratings powerhouse is finally joining this century ( appropriate since the long-running show started in the year 2000- at least on our side of the pond, and , hey it's not like we care what the Dutch are doing in their house or anything- though my guess is showing a lot more nudity, but anyway..I digress..)..and accepting their applications online.

They even setup this nifty website for it: Big Brother Casting.
I heard about because, while I'm living so 3 years ago.. I subscribe to a number of feeds for modern blogs that aren't living like it's 2008 and discuss current seasons of Big Brother and other matters. Big Brother 14 Casting Updates posted this little blog with a video of some BB big-wig in a post that links to the OFFICIAL site where we are greeted by the omnipresent Mrs. Moonves and directed on a variety of OFFICIAL ways to throw our hats in the ring to be selected to play backyard ring toss this Summer, and one of these options is to fire up your computer machine and apply online.
Posted by John at 9:56 PM No comments:

Once again, another season is over. Big Brother 13 was a smashing success for CBS, as it is every summer. With great ratings summer after summer, it was a no brainer for CBS to order up season 14. Next summer, in 2012, keep a look out for Big Brother 14 Updates. Until then, have a happy off season and great Holidays with your friends and family.
Posted by John at 9:14 PM No comments:

So, Big Brother 13 is off to a pretty interesting start this season. The first real twist that happened was 6 popular previous houseguests returning, in the form of 3 couples or duos. Among the couples was Evel Dick and Danielle. But then Evel Dick left the Big Brother 13 house, pretty much right away. He left for personal reasons, wich aren't exactly clear.

After Dick left, the gang decided they had enough of Keith and Keith was the first house guest evicted from Big Brother 13. Soon after that, Jordan won a little golfing HOH challenge, and we now have Jordan as the current HOH.

Big Brother 13 is off to a pretty good start, and I read that the ratings were coming in. Will there be a Big Brother 14? Will our summers ever be without a new season of Big Brother in the US? Who knows, but for right now you can follow all this season's updates here through our Big Brother 13 Blog feed and posts, or with the live feeds for 24 hour action.
Posted by John at 9:07 PM No comments:

The new season of Big Brother 13 starts tomorrow, and as always that means the Real Pass subscriptions go back to regular price. One day can make a $10 difference. If you are interested in subscribing to the live feeds for this Big brother series, do yourself a favor and subscribe today to avoid paying extra for the full season or going month to month.

To start your no obligation 3 day free trial see below: 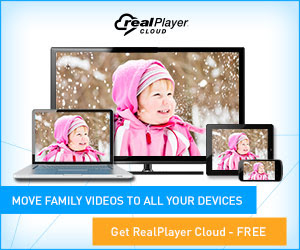 It's Big Brother 13 Time! I think we are going to find out about the big brother cast very soon.

We are going to keep rolling with updates here, but don't forget if you want the most in depth posting and interaction during season 13, check out the Big Brother 13 Blog, run by Big Brother Fans.

They have the latest on the season 13 house guests, themes, live feed subscription discounts, and commentary on the CBS show and off-camera action.

Stay tuned for breaking news on the new cast.
Posted by John at 8:00 PM No comments:

Season 13 of Big Brother hasn't started quite yet, but the live feeds are now available. Every season viewers are given the chance to subscribe to the live feeds and see what is going on in the house 24/7. If you order the live feeds early, Real Networks Superpass offers an "early bird discount." The Big Brother 13 Early Bird Special is now live. Instead of charging $39.99 for the season, the price is only $29.99. If that seems like a lot, if you don't subscribe at the discount, you will only be able to subscribe monthly for $14.99 or $39.99 for 3 mos/season. If you plan on subscribing anyway, you might want to save the 10 bucks.

All of these subscriptions do come with a 3 day free trial. We know from past seasons that once the limited time special is over, they do raise the prices for the rest of the season. To start your 3 day free trial today and get locked into the early bird savings, go here:
Watch Big Brother 13 on SuperPass - see what they can't show you on TV.